The fuxpax radio station is up and running again. It was as simple as running the following code and then adding a few things in a docker.override.yml file (and keeping my old environment files).

Recently my radio site was down for a really long time. Built on Azuracast... it was solid. Nice for making playlists and sharing them with my cohorts in my building. I had an nginx proxy server in front of it, and that worked great, too. Then Azuracast decided to include their own proxy, and it broke.

Finally, I realized I could just replace my proxy server with their's and it all started working again.

Check it out it on fuxpax.de 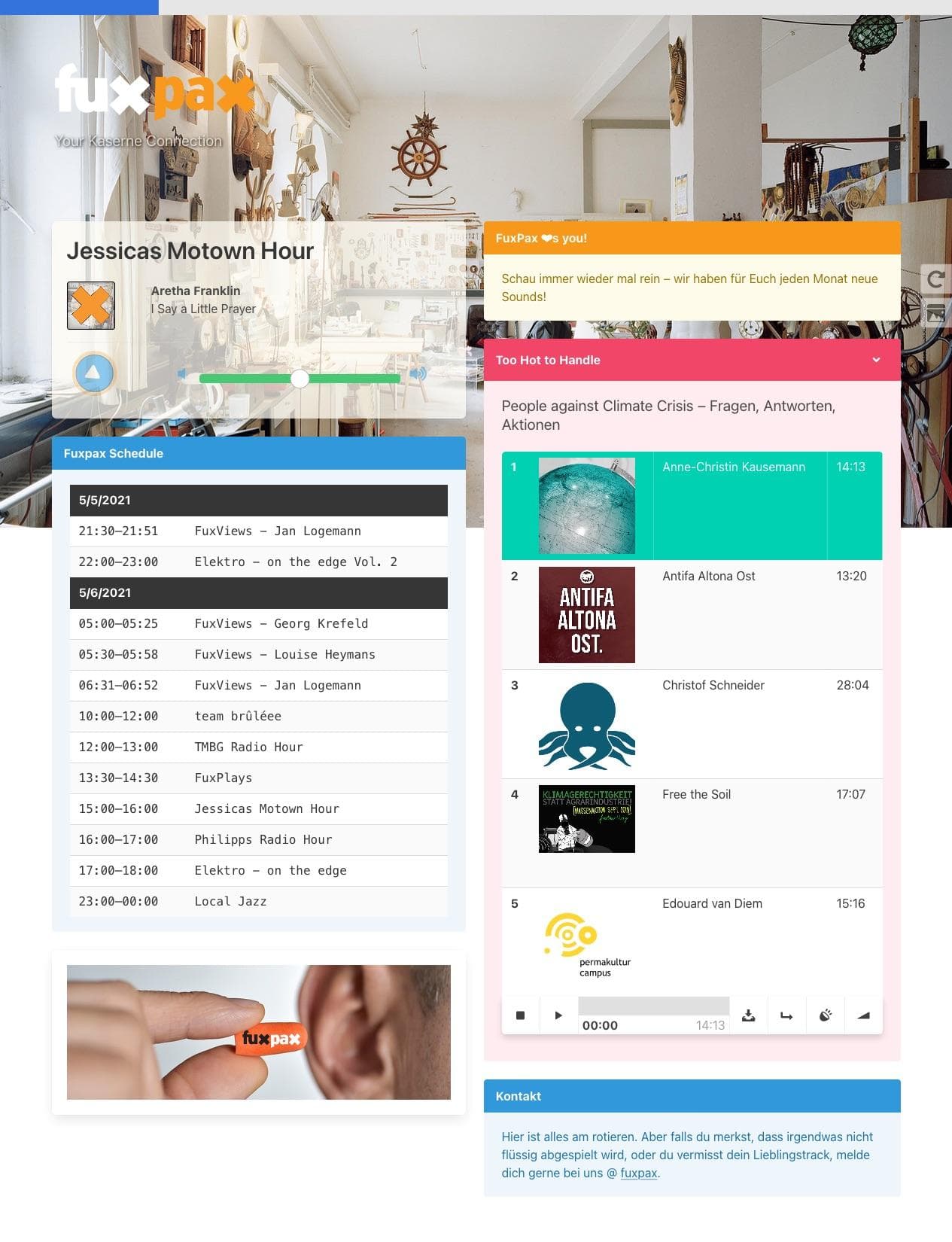